VISITING HOUR was written expressly for a famous actress in Spain, Mari Carillo. The original text has been performed numerous times.

A sixtyish mother is visiting her daughter in the hospital. The younger woman has attempted suicide and her mother draws on all her wacky talents--singing, dancing, telling jokes--trying to revive her daughter's desire to live. Happily she succeeds. Because of damage to her throat from drinking bleach, the daughter cannot speak but nevertheless plays an active role. Their one-sided dialogue is interrupted from time to time by a nurse.

The adaptation, by Phyllis Zatlin, consistent with a suggestion by the author, moves the action to the U.S. Character names, songs, and various intertextual references have been changed accordingly. The English translation was performed on 23 October 2010, at Society Hill Playhouse in Philadelphia, under the direction of Michael Durkin. It was performed by Rogue Theater in Sturgeon Bay, Wisconsin, 13-23 September 2018 under the direction of Stuart Campeau, with Lola DeVillers in the lead role. In conjuction with Suicide Prevention Month, it was co-sponsored by the Door County Medical Clinic and Prevent Suicide Door County-Nathan Wilson Coalition. The English text is as yet unpublished. 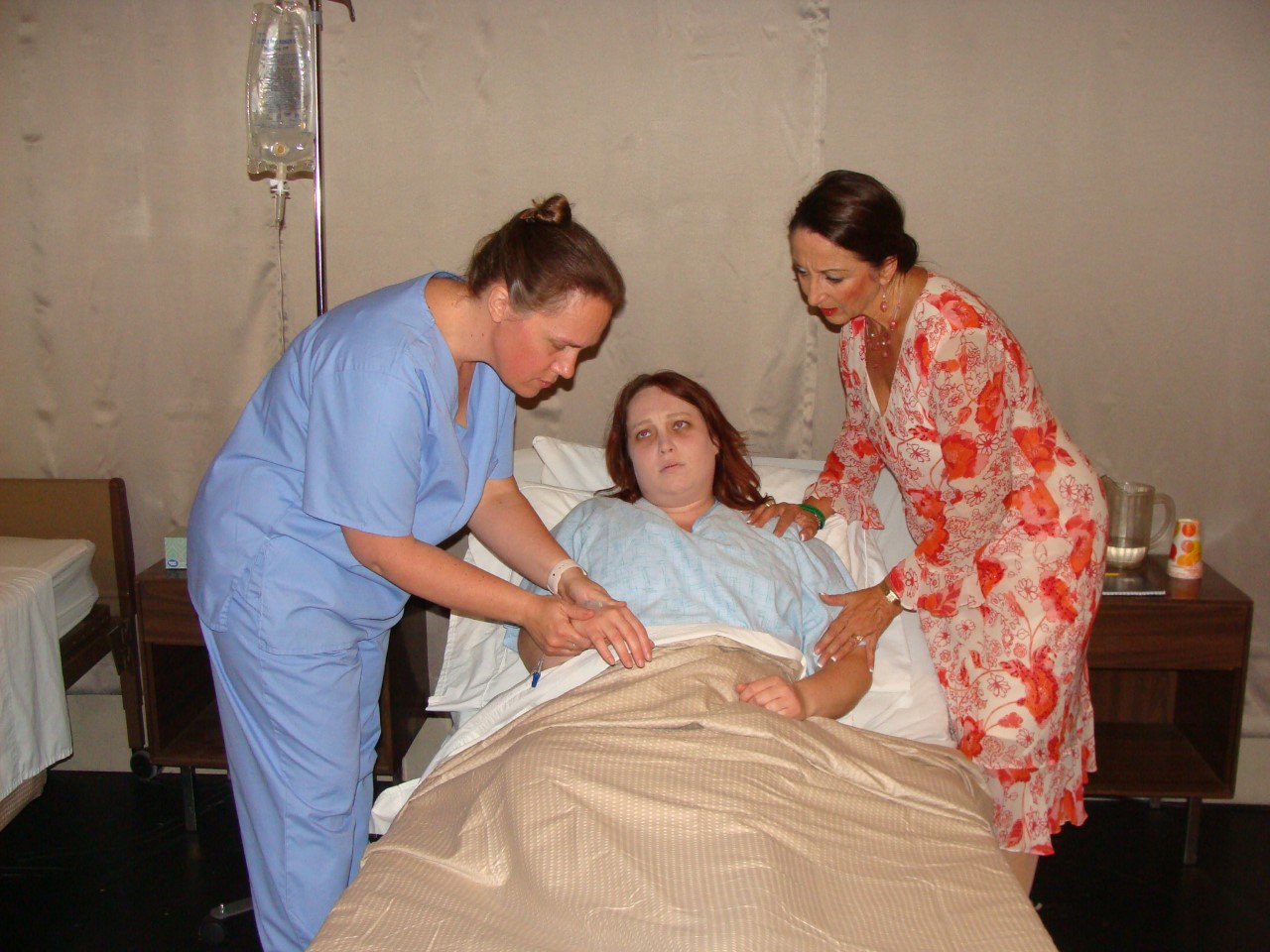