Chusa, a free-spirited and spontaneously generous young drug smuggler introduces Elena, a middle-class runaway, to the apartment she shares with her cousin Pepito and her boyfriend Alberto, a rookie policeman. The result is chaos in their previously disorderly but happy life. The comedy explores opposing lifestyles of young people in 1970s Spain, during a period of radical social change. It is marked by surface humor, creative use of contemporary slang, and intertextual references to filmic codes.

Bajarse al moro (Going Down to Marrakesh) was the smash hit of the 1985 and 1986 Madrid theatre seasons and won for the author the National Theatre Prize for 1985. It has been translated to several languages, aired on Spanish television, and made into a film. The American university premiere took place at University of Missouri-Kansas City, March 1992, under the direction of Francis Cullinan. 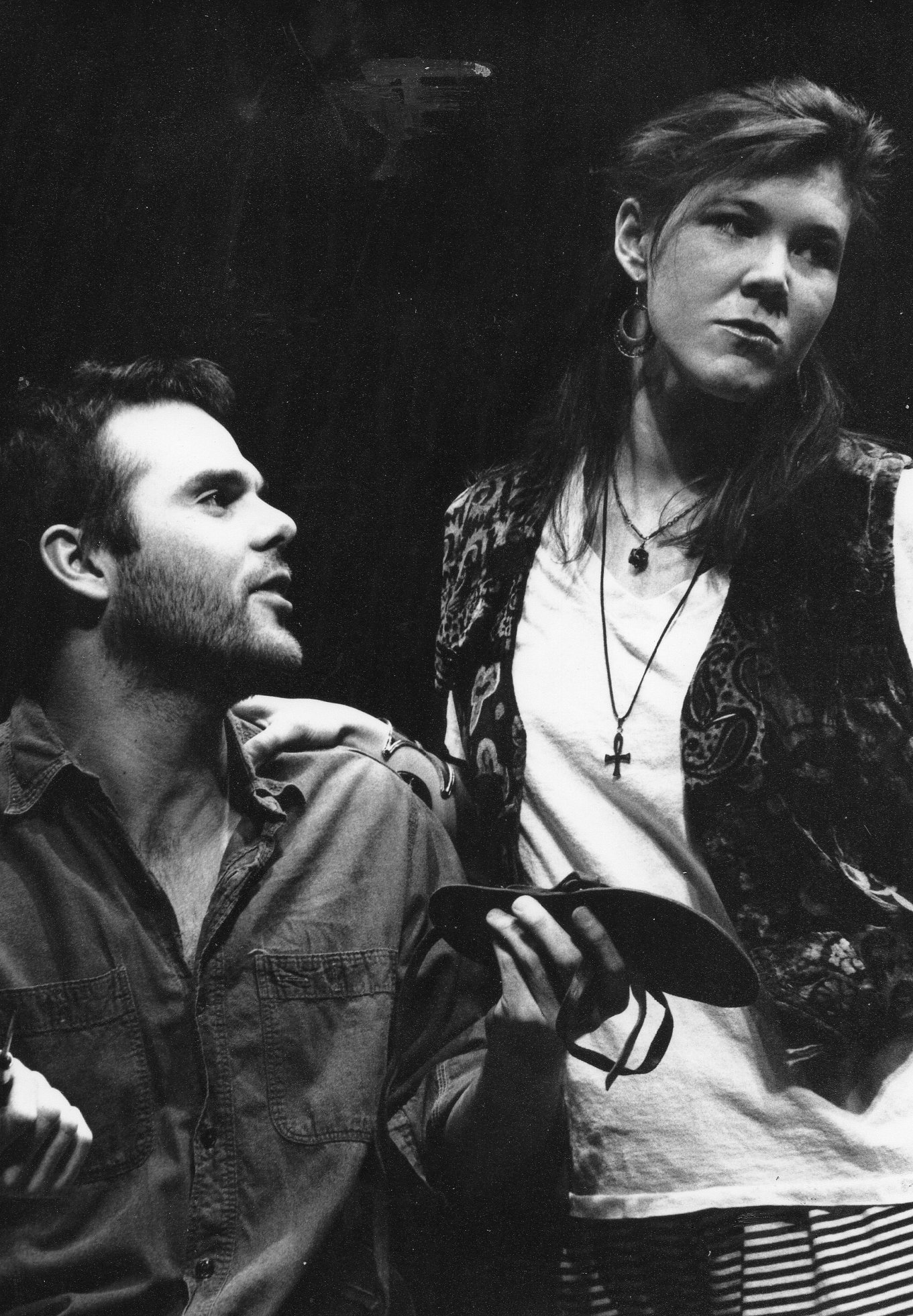 Going Down to Marrakesh. University of Missouri-Kansas City. Richard Maher as Pepito. Kim Martin-Cotton as Chusa.