An historical tableau in four acts, based on the life and passion of Fray Bartolomé de Las Casas and following the psychological drama of the great "Apostle of the Indians" from his arrogant youth to his old age and death. As Las Casas wrestles with his desire for power and with temptations of the flesh, including homosexuality, the action flows back and forth between Spain and America. A simple unit set is enhanced by use of music and lighting.

First directed in Mexico City by Sergio Olhovich, 1991; made into movie, also in Mexico, in 1993.
American premiere, in Spanish original (with simultaneous reading of English translation) at GALA Hispanic Theatre in Washington DC, 1992, under direction of Hugo Medrano.
English translation published by ESTRENO Plays, 1992. Rev. ed. 2006. 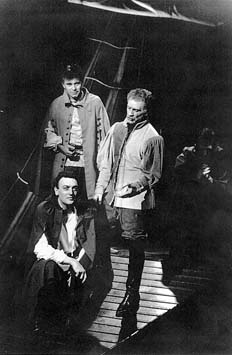